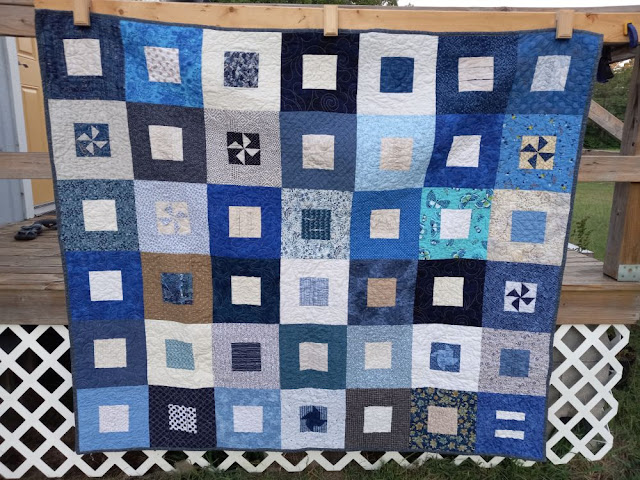 The blue and white textured quilts from last winter's block drive are done! I don't think it's a secret that this block drive has been my favorite in a long time. These are such cool blocks! 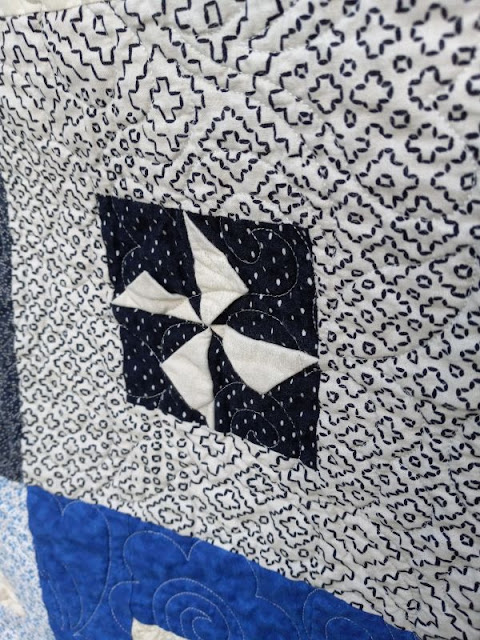 Linda, bless her heart, assembled and quilted all of these.  I really like her choice to quilt over the designs. It pins down some of the flappy bits so that they aren't too wild but the designs are still 3D and tactile. The first 4 are made from block drive blocks and the last one was made completely by Linda herself. 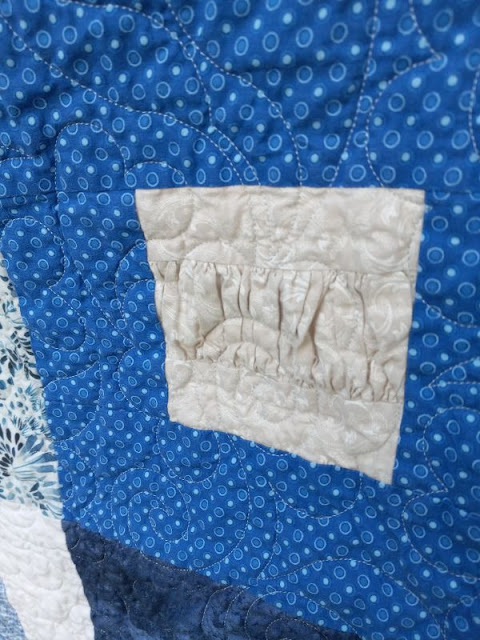 I liked telling a little story about my nursing students last week. It's hard to think of things to say in these Friday posts sometimes. 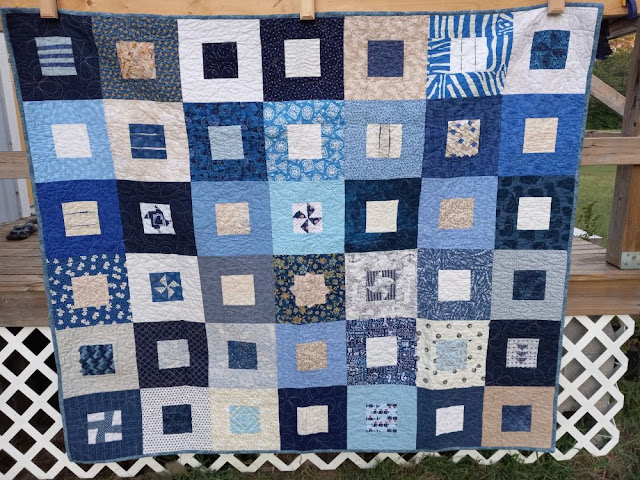 It's hard to tell stories about patients unless they are from a very long time ago. I have to make sure there aren't any identifying details. Anyway, here's one you might enjoy. 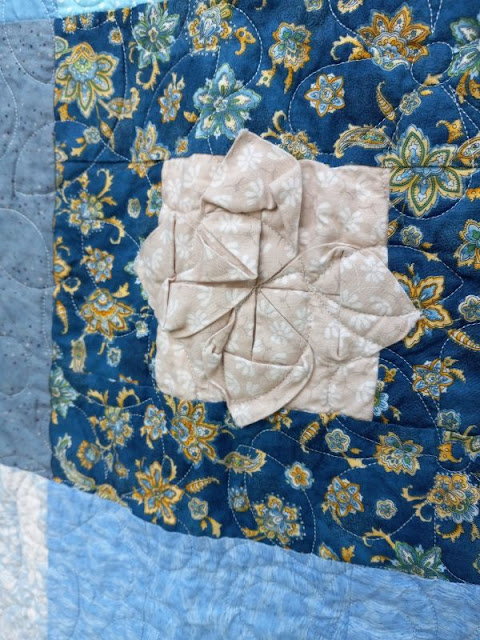 Years ago I floated up to the orthopedic unit (not where I usually worked) and took care of a man in his late 30s or early 40s who had broken both bones in his lower leg in a low speed motorcycle accident. Basically he laid it over on its side on top of his leg.  "Broken" might be an understatement, crushed into many small pieces is more like it. 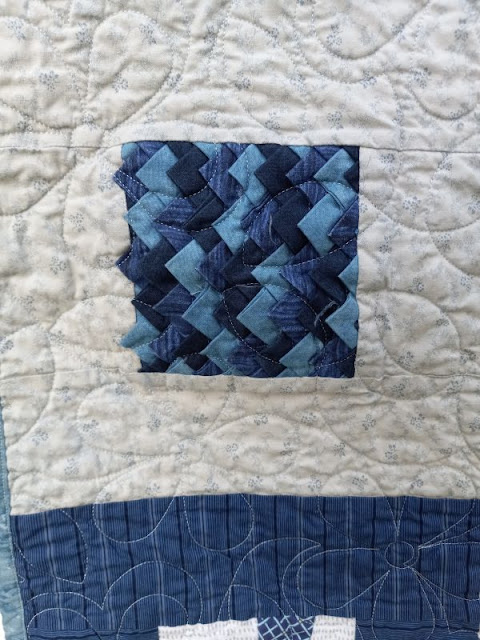 He'd had his first surgery already, an "ex-fix" or external fixation that basically builds an external metal frame to stabilize the bones so nothing moves while the initial swelling subsides. (A not-too graphic picture of an example). After 1-2 weeks when swelling is less another surgery is completed to convert to an internal fixation with plates, rods, and screws in the bones to put them back together. 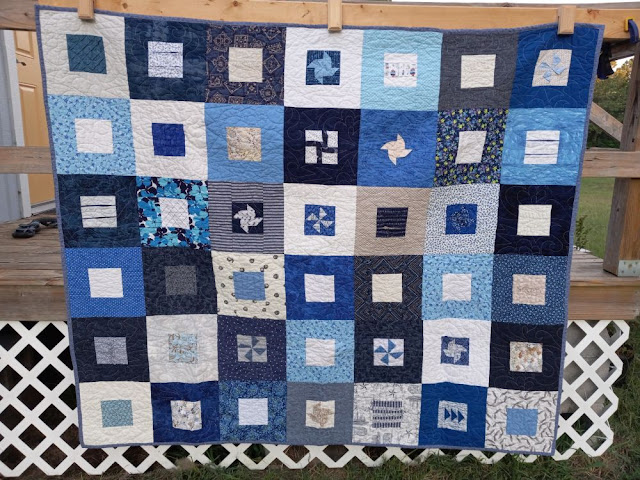 I took care of this guy on about day 3 of his hospitalization. He was in pretty bad pain and the extent of the injury was just starting to sink in. He was very active, marathon runner, full time job, and kids.  I remember him talking to the surgeon, "I have a Tough Mudder scheduled in 3 months, am I going to be ready by then?" And the surgeon just laughed. 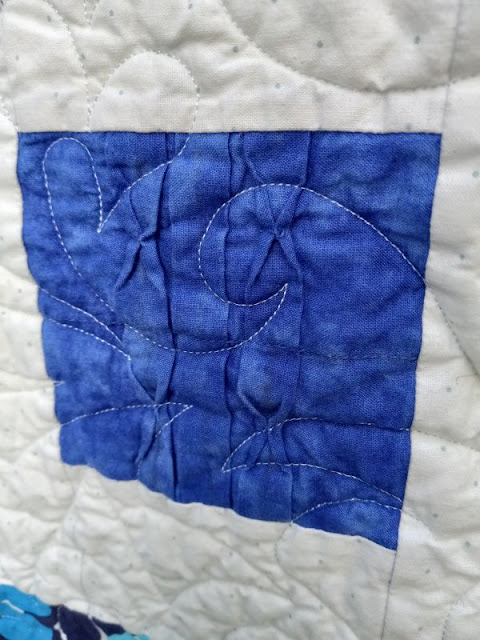 Broken leg sounds not that bad right? Kids break their legs all the time. But a compound tib/fib fracture means non-weight bearing for 12 weeks, crutches for 6 months, over a year of total recovery time.  It means premature arthritis and a knee replacement in a decade or so. Not to mention to risk of infection. 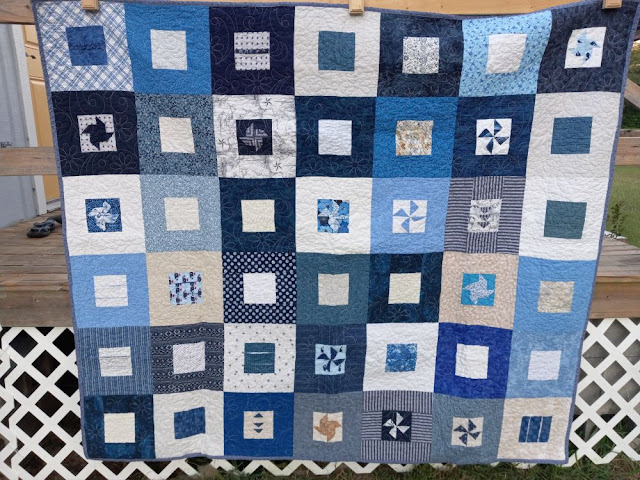 Basically he was extremely depressed about the consequences of this injury and the restrictions on all the things he was usually capable of doing.  Once an ex-fix is in place patients can start to mobilize, lean to walk (walker or crutches) without putting their leg down, get into the bathroom etc. But this guy was refusing to get out of bed because he was moping. Moping understandably, because it's a huge life changing thing.  But still. 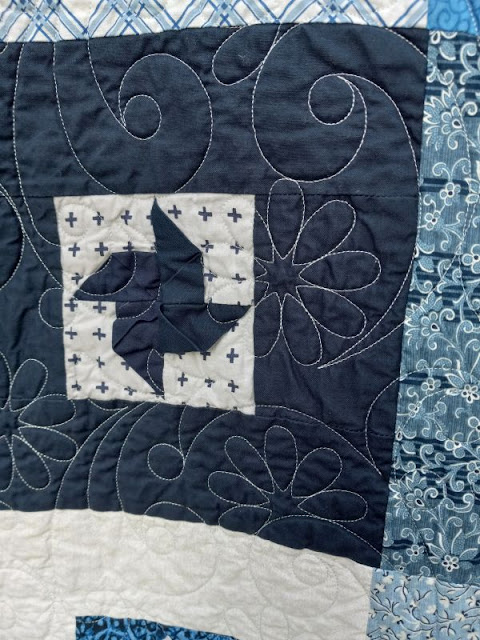 By afternoon, having resisted all my attempts to get him onto a bedside commode or into a chair we had to have a heart to heart.  Look, I know this sucks, it absolutely sucks.  But this is going to be a long haul. You can't not poop until this is over with, you can't not shower until this is over. I know it's frustrating because you used to take a shower before breakfast and now taking a shower is going to be your whole goal for the day. And it's going to be exhausting and take all your energy.  But you still have to do it. Treat it like a marathon and decide you're going to just do it. 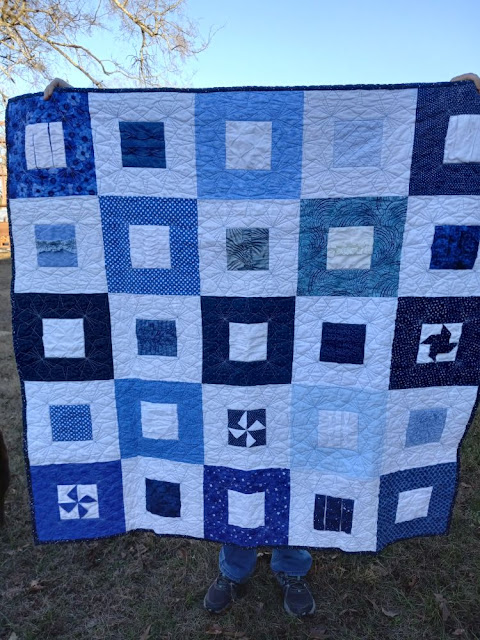 I also got him moved to a larger and quieter room to sweeten the deal.  With his wife's help he got into the bathroom, had a BM and a good rinse, and walked down the hall to his new room with physical therapy. 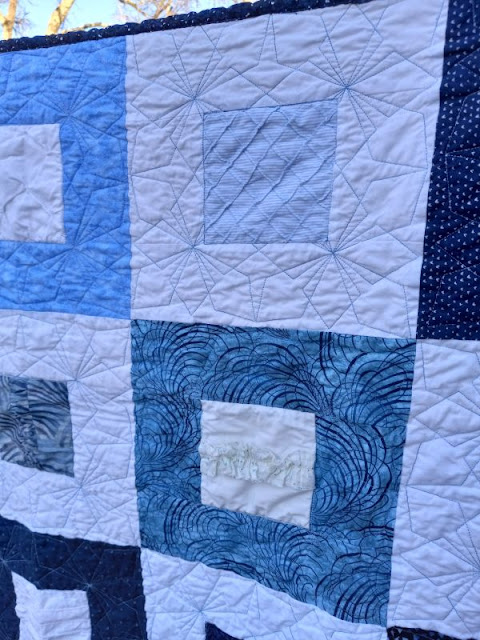 Poor guy, I really felt for him. He had a long road. I wish I could say that was the only time I had to coax a full-grown man into taking care of himself, but it definitely wasn't ;-) 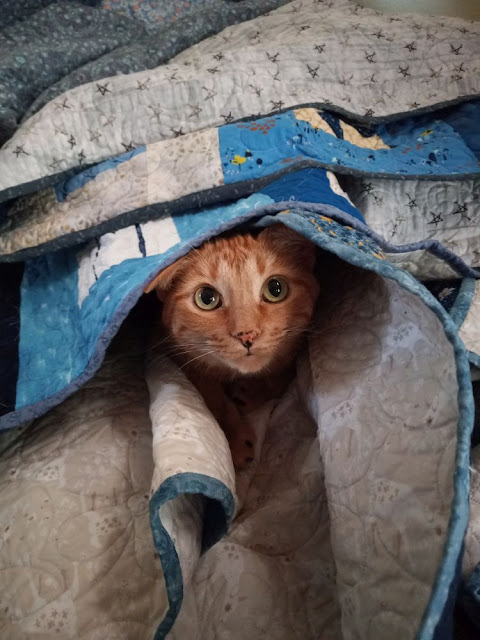 Covered in Love is a 501(c)(3) charity that donates quilts to patients dying in the hospital, over 1000 so far! The July/August block drive benefiting Uvalde is live now.  Check out the main post HERE if you want to get involved. 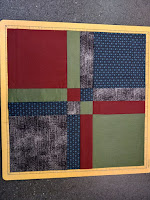