Scrappy Quilt in the Spotlight 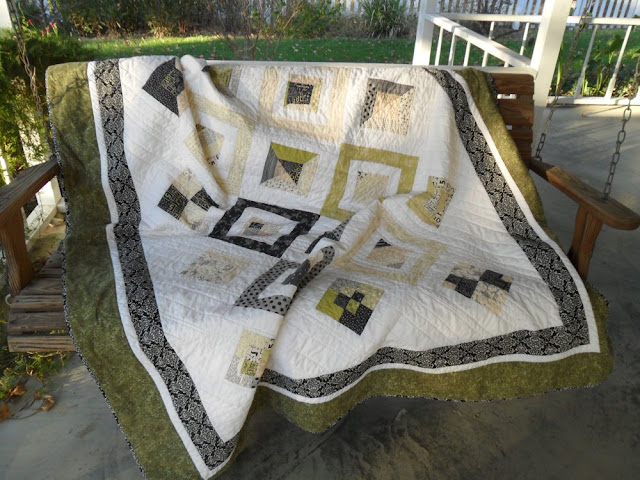 This isn't a new quilt, in fact it's one of the very first quilts I ever made.  It's old enough to have some stains and signs of wear.  But, it deserved better pictures than the ones I had of it so today was the day.  During the summer months this hangs over the rail on the stairs, but this time of year it goes on my bed. 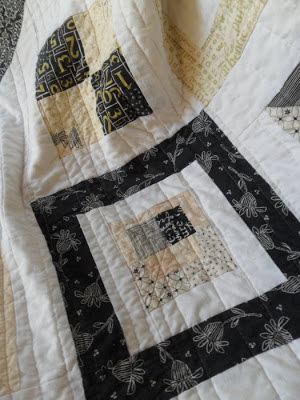 You can read more about the details of making this quilt at its original post here but basically I had some oddly shaped scraps left from an Authentic jelly roll after making another, smaller quilt.  Almost all of the scraps I had were various sized triangles made up themselves of strips sewn together.  I didn't want to throw them away, so what else to do but try to reassemble them? 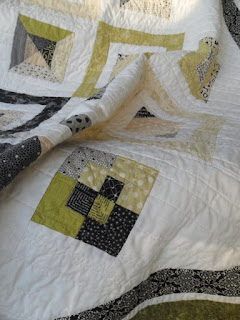 Nothing is regular on this quilt. None of the blocks are the same size, I built them up with the muslin sashing to even them out.  I had 6 whole strips left from the jelly roll, so those became the borders on the offset squares. This was the quilt where I discovered the magical joy that is setting blocks on point to make a larger quilt. 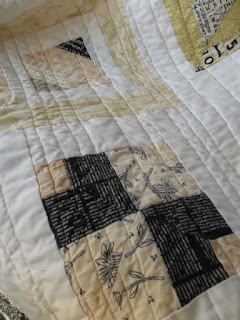 I quilted it with diagonal not-quite-straight lines at unevenly spaced intervals, also the first quilt I tried that technique on. It's now a favorite of mine.  The borders were bought on sale and JoAnn's and before I knew it I had a generous twin size quilt from scraps. 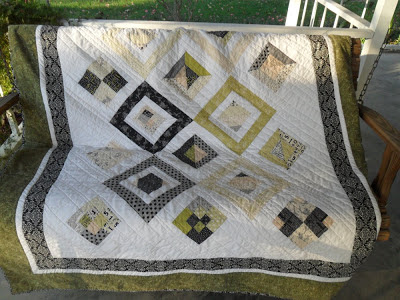 Like I said before, this is the quilt that goes on my bed during winter.  It's warm and snuggly and I love the colors and the scrappiness of the top.  It's perfect :)
Posted by Kat at 10:00 AM