It's been a while since I've made a Feline Friday post.  At first I didn't really have anything to say... then I was out of town and then my camera broke. 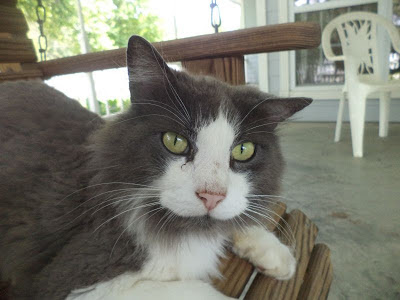 But! This week I wanted to post some cute new pictures and give you all an update on Wilson's Kitty Kaps.  I first posted about these claw-covers here, and I believe I promised an update on how they stood up over time.

Looking at the date on that blog, I put these on 6 weeks ago. As of today Wilson has 3 of the original 10 Kaps remaining, but they didn't really start to come off until last week.  I applied new Kaps (grey this time) earlier this week and they went on ever easier than before.  I am so impressed with this product!


A $15 kit has enough Kaps to cover his nails 4 times. At about 6 weeks per application that means one box lasts about 5 months! 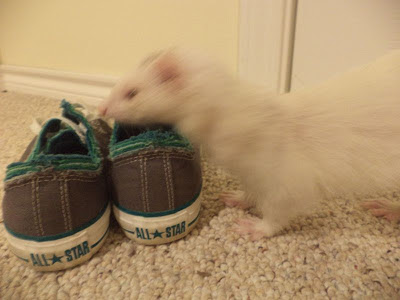 Finally, I had to include a picture of the little ferret girl, even if she isn't strictly feline.  This was the best picture I could get; inevitably with I always get pictures of where she used to be.

Linking up to all the handsome kitties at Feline Friday.
Posted by Kat at 4:26 PM