I haven't been posting reliably lately, but it isn't because I haven't been doing things. I am having a stay-cation at the moment from work and have been sewing, tie-dying, pickling, and generally crafting to my heart's content. This afternoon I made cayenne pepper hard candy :) 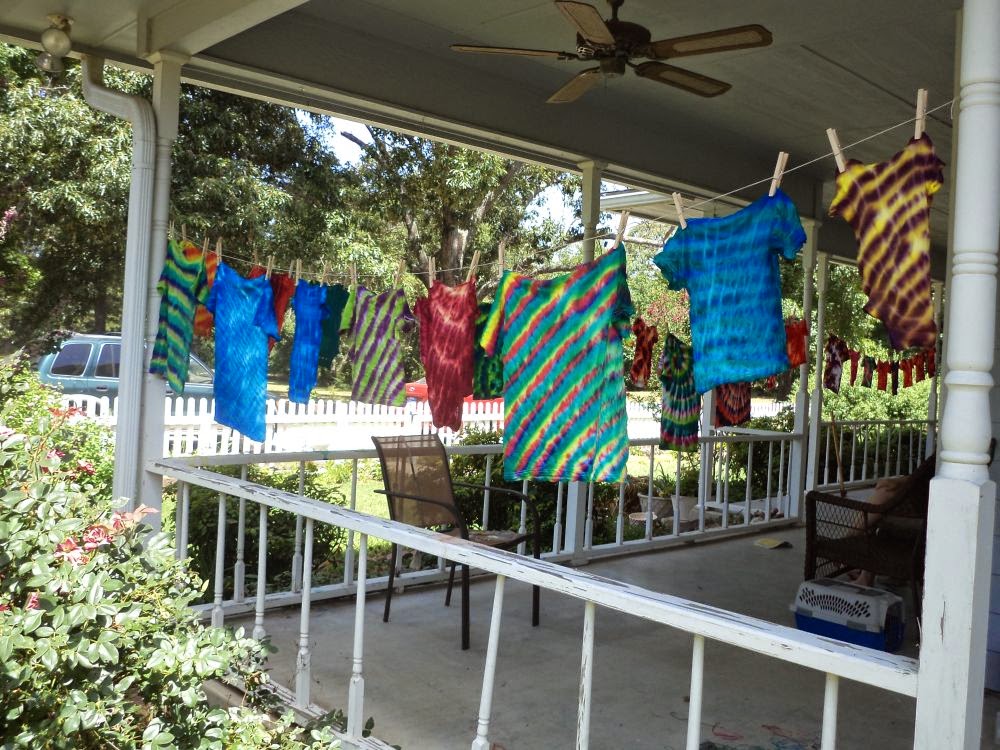 I'll do a more thorough post on the tie dying later, but for now here are some photos of the finished shirts drying and Wilson being "helpful".

Speaking of Wilson.  If you've been reading here for a while then you probably already know that Wilson is a highly-allergic, generally sensitive kitty.  He basically has kitty COPD now from all his chronic respiratory issues.  For the past 6 months or so he's been on a daily low dose steroid that have helped a lot, and he will probably stay on it for the rest of his life.

Anyway, it's flea and tick season as you probably know and Wilson can't have the drops between his shoulders because it gives him a nasty rash and makes his hair fall out. We've always done flea collars in the past, so I put one on him about a week ago, then today I noticed that the hair had fallen out under the collar all the way around his neck and parts of it were rashed and bloody!  Needless to say, the collar is off and antibiotic ointment is on.  Sigh.  Does anybody have any ideas for flea and tick solutions for allergic kitties? 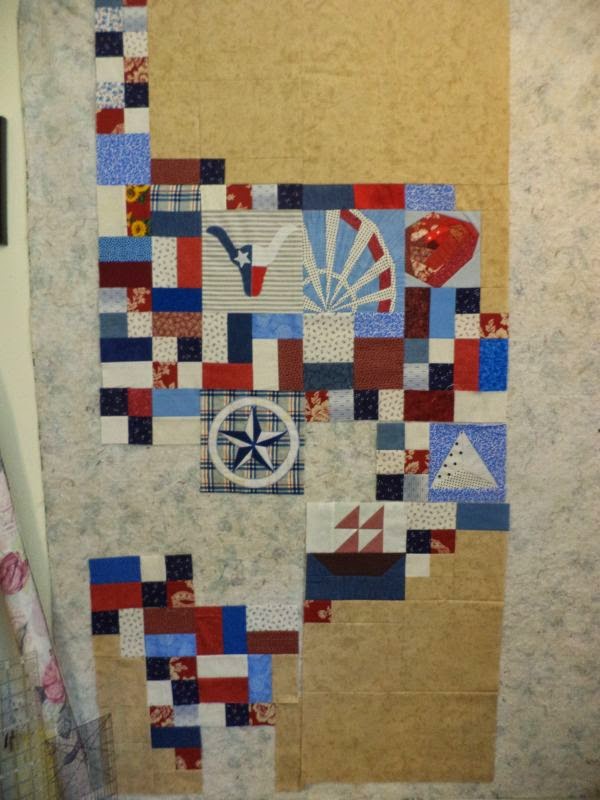 I am still managing to stay up to date with the Texas Quilt Along.  We are on the last quadrant now.  That's what is on the design wall. And on the design floor, as it were, I basted this batik quilt I made from the Summer Slice pattern at Cluck Cluck Sew. 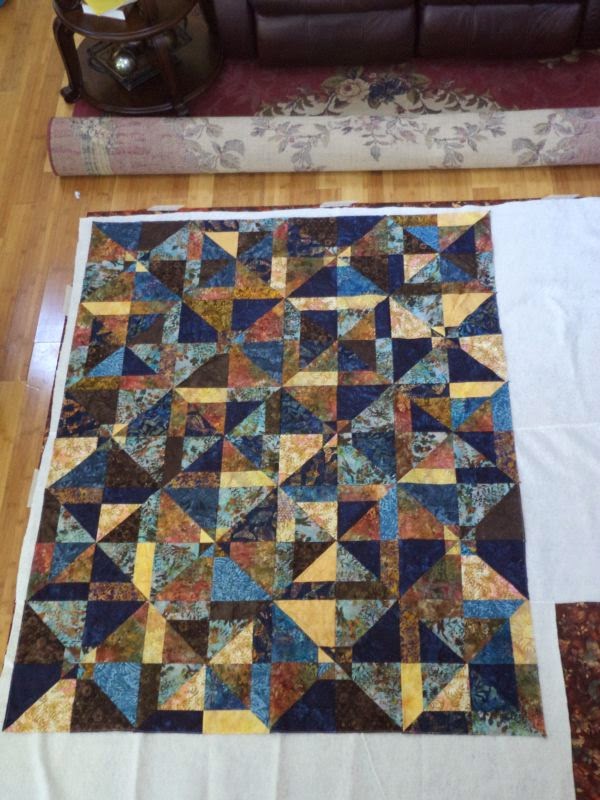 I had no idea I even had that many batiks until I started cutting in to them!  Have a happy week, everyone :)