I stumbled upon Luann Kessi's blog the other day, she is working on a stunning quilt using some of the rust dyed fabrics she created herself.  The colors and textures from the rust are so saturated and sharp! 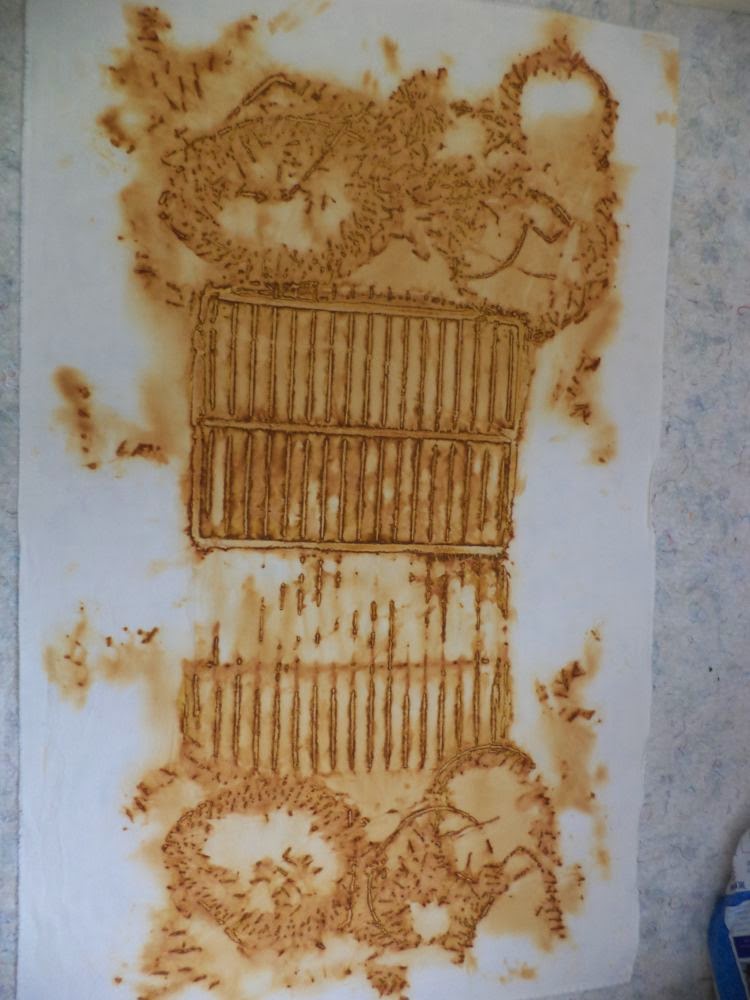 So naturally the next morning I dug out some rusty metal bits, soaked some fabric in vinegar, and set up a dying experiment! I didn't get any photos of it in progress unfortunately, just the finished pieces. 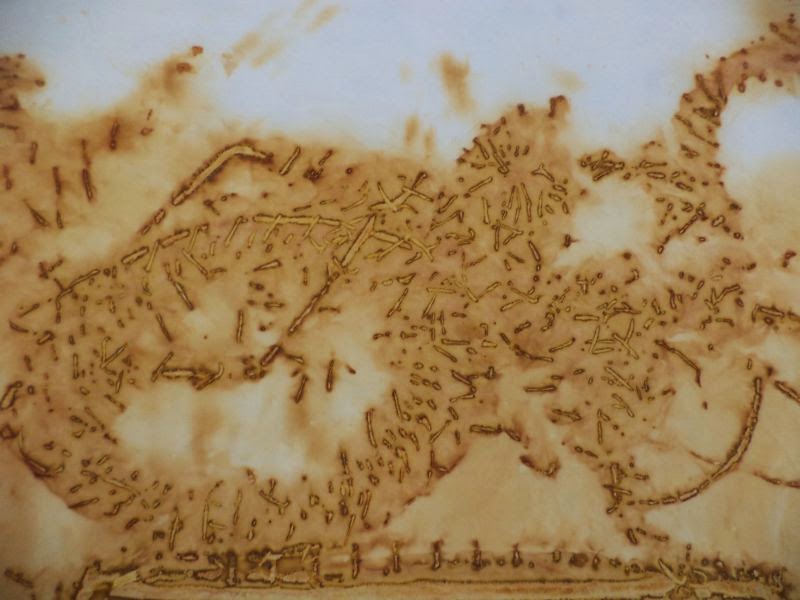 This one used a metal grill, probably from an oven, and several metal mesh baskets of some kind that were just falling apart. 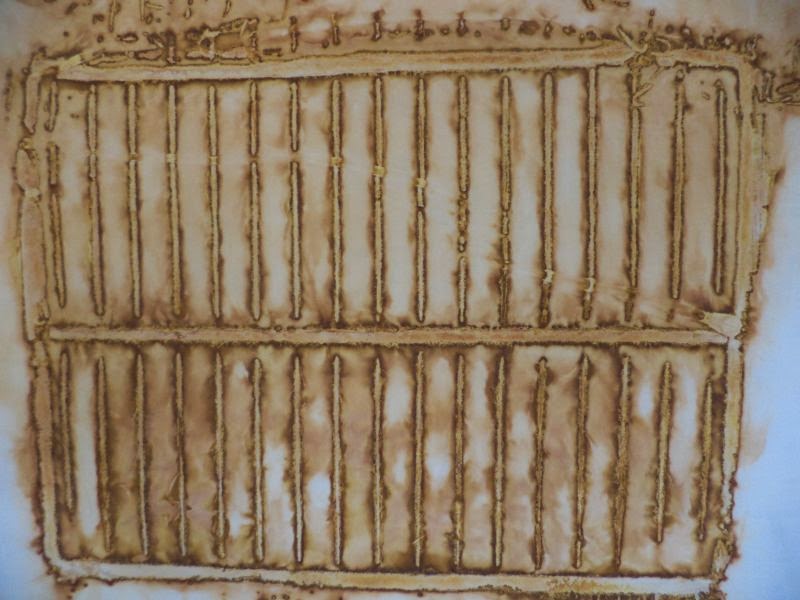 I laid the fabric down first, put the rusty objects on, and then folded the fabric over the top to get a mirror image. 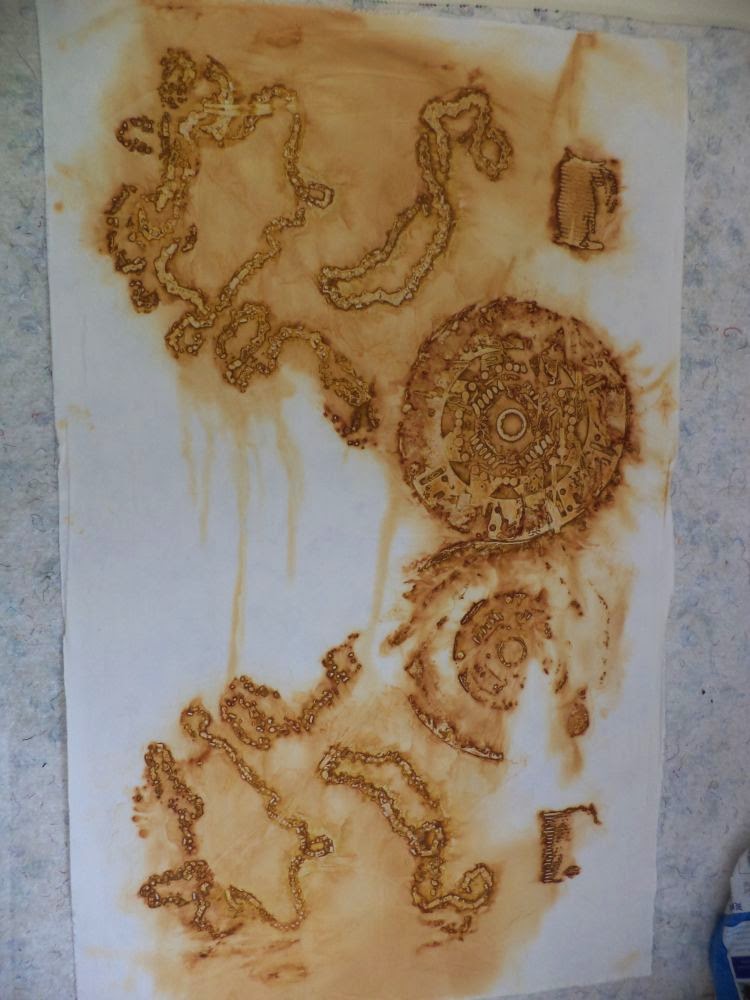 The other pieced of fabrics used a couple of what I assumed to be car parts and several old chainsaw chains. 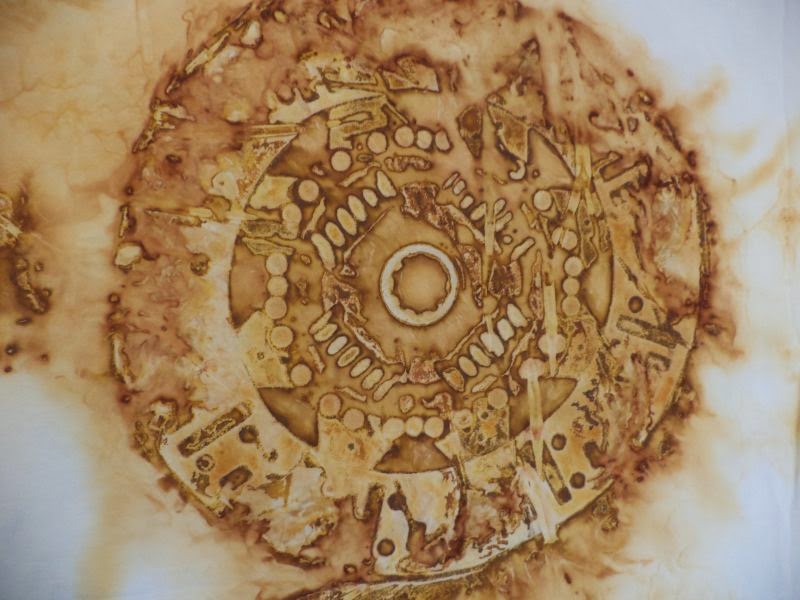 When I showed him the finished fabric my dad identified the round thing immediately as a clutch from our old Suzuki jeep. I love how crisp some of the lines are between the rusted and white areas. 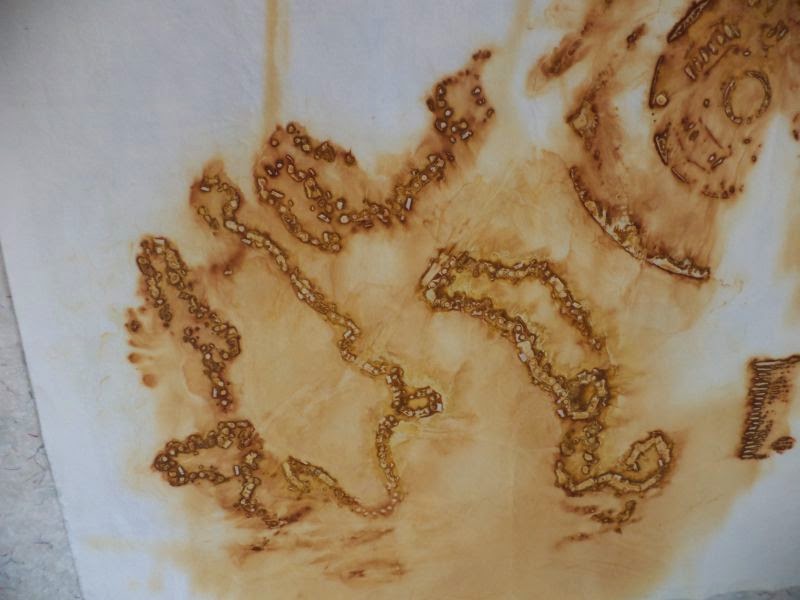 Here's what the chainsaw chains did.  After rusting for 3 days I soaked the fabrics overnight in baking soda and salt water then washed them (twice) and dried. 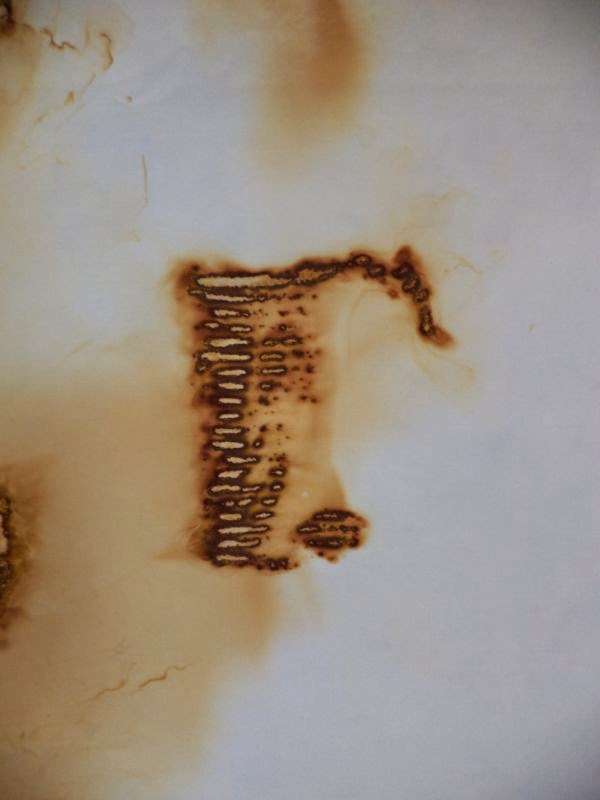 I'll be interested to see if there is any issue with these colors running when I eventually use them, most likely as quilt backs. For now they are folded up and I'm just enjoying looking at them :)

Linking up to Judy's Design Wall Monday.
Posted by Kat at 9:27 PM