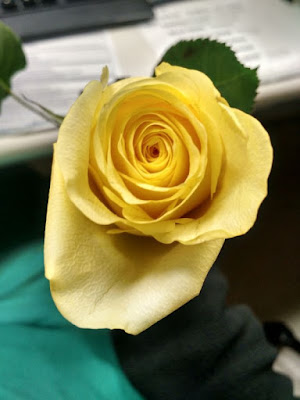 Belated Happy Valentines Day!  I worked over Valentines day this year, but one of the male nurses passed out yellow roses to all the girls. Isn't that sweet? 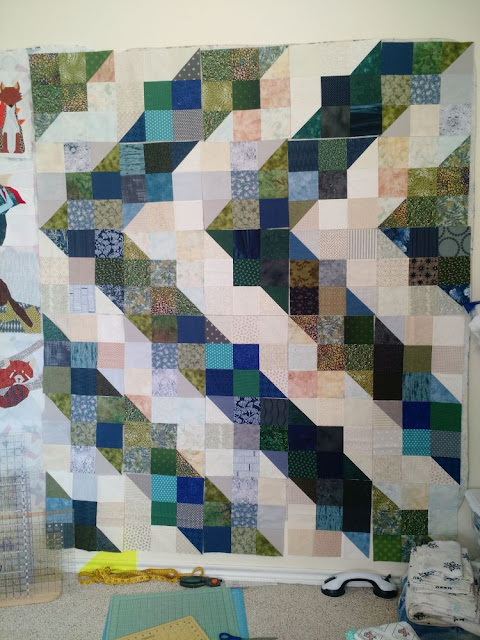 I won't have a Friday Finish this week, but I did get 3 tops done.  First was the last of the string diamonds.  I didn't get a picture of that one, but you've see it on the design wall before.  Then I decided to put some of the February block drive blocks up on the wall to see how they look. I ended up falling so in love with them that I went ahead and sewed the top together.  I know that I just declared November's Falling Leaves my favorite, but this one is my new favorite block drive we've done! 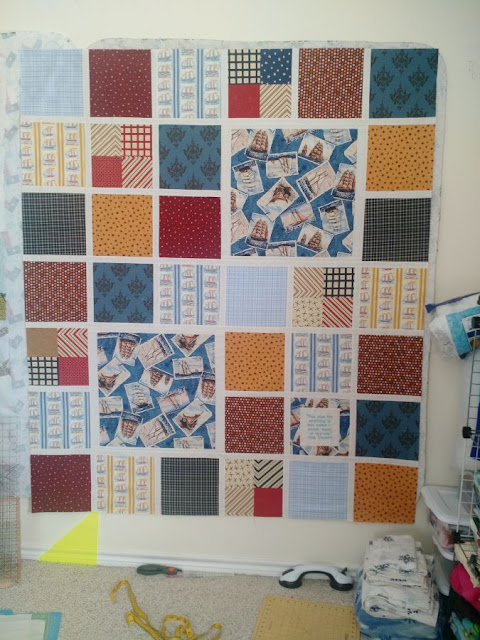 The last top is a sailing theme quilt I put together for a patient I took care of and made a connection with over the weekend.  I have also done some sailing, so we bonded over that.  This guy, though.  He built his own boat and sailed it around the world.  Before that he made a career in the Navy.  He's been sailing since he was 13 and even though he's seen more than most of us will ever dream of, he's not ready to be done yet. 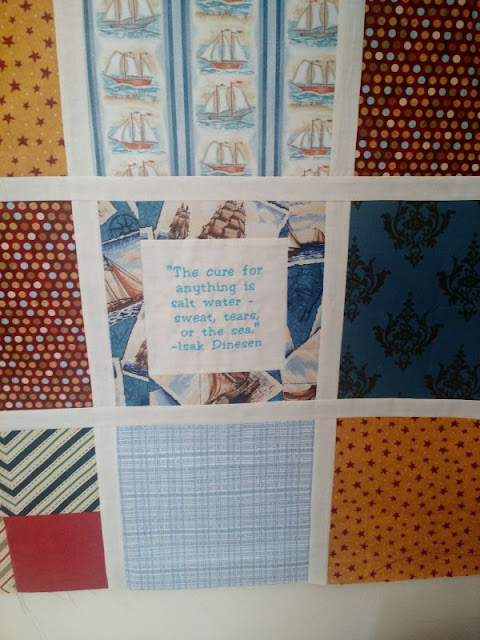 He's part of a group that is not normally covered by Covered in Love.  He's dying (prostate cancer with mets to the bone) but not today or tomorrow, possibly not even this year.  It's a difficult limbo place to be in.  So, I made him his own quilt to remind him of the adventures he's had.  Also I hope that when he takes this quilt to the hospital or treatments with him it will prompt other people to strike up conversations with him about sailing, which he loves to talk about.

Unfortunately that's all the sewing for me this week. Until Tuesday I'm going to be spending all my time communing with my 20lb Patho textbook. Bleh.

Linking to Judy's Design Wall Monday.
Posted by Kat at 10:48 AM