The Cure for Anything is Saltwater

This week I finished the quilt for the sailor I talked about last week.  This quilt is for a patient I had a couple weekends ago.  A very nice older man who's had a life full of adventure.  He's getting older, sicker, feeling just the beginnings of dementia, and now he's having a bit of a crisis of faith that it all might be over too soon. 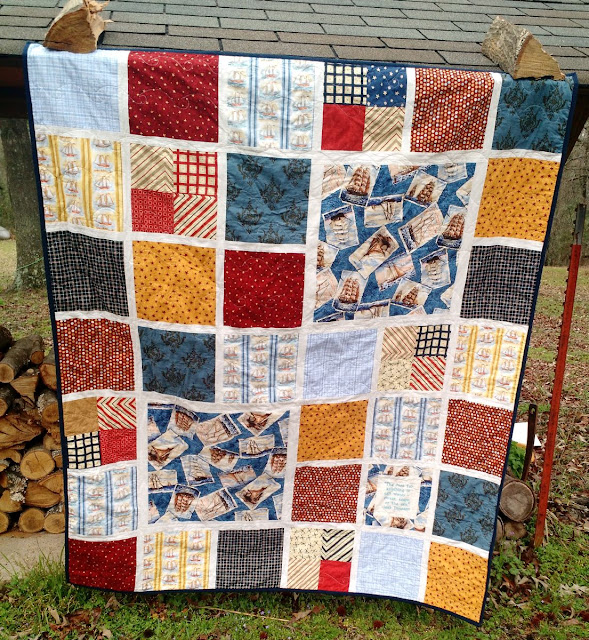 When he having a panic and getting upset we talked about sailing and looked at pictures on my phone to calm him.  Despite a long, full life he just hasn't seen everything he wants to see!  He's hopeful that he will do some traveling soon to some US national parks. 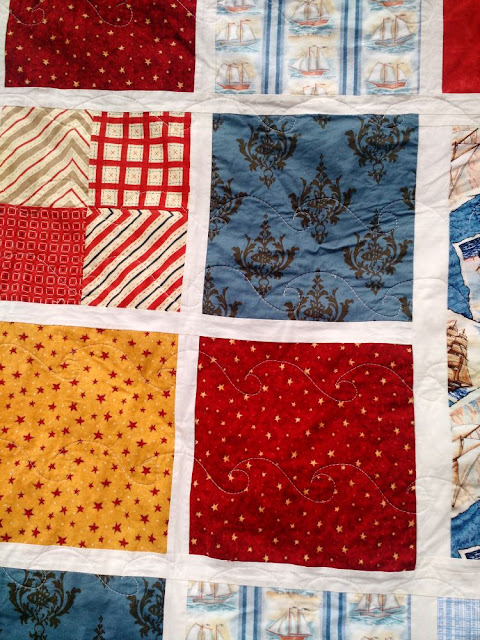 You didn't all get to meet my delightful patient, but I want to share him with you.  Being from this part of Texas the ocean is a long, long way away and sort of a mystery.  Somehow, when he was 13 he fell in with some Sea Scouts, and from then on he was a sailor. 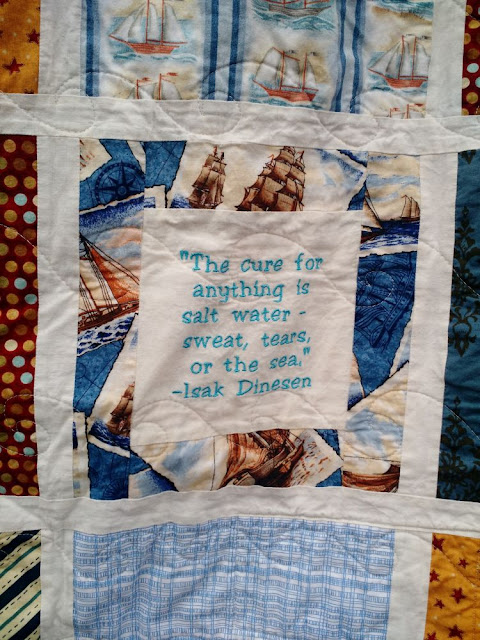 Most of the rest of the boys in his Sea Scouts groups were orphans.  They all joined navy when they turned 18, just in time for the Korean war to start.  After a career in the navy he retired and spent 6 years building his own sail boat, which he then spent several more years circumnavigating the globe in.  He stopped in ports around the world to rest, soak in the sights, and work to fund his journey. 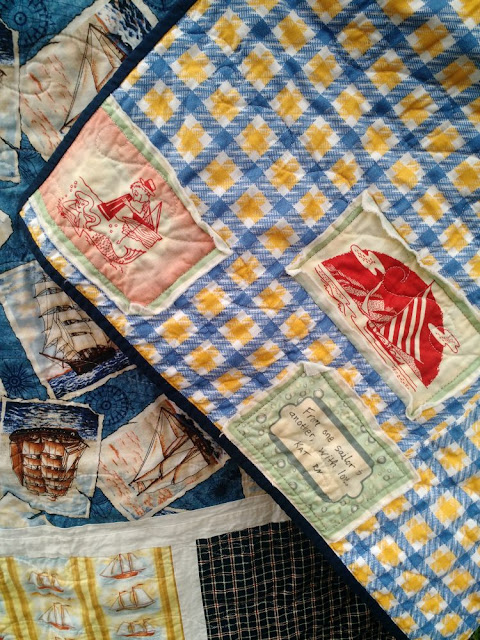 In his 50s he built another boat and he and his cousin sailed it from Galveston up to DC, then inland until they reached the Mississippi and downriver back to home.  That journey took six months.  He lives on a local lake where he can take his boat out whenever he likes. 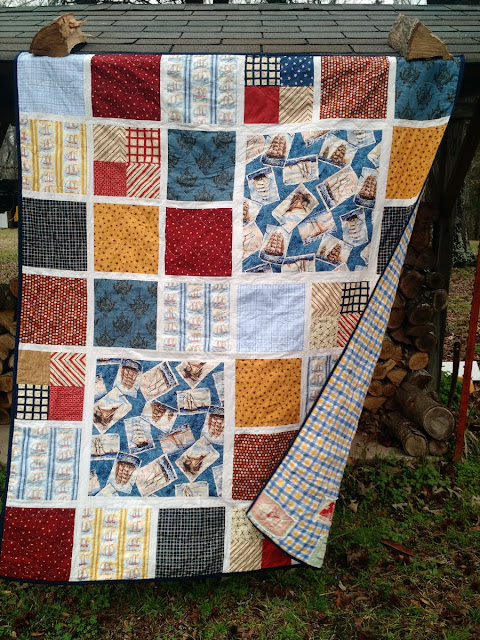 The same weekend I took care of the sailor I also had a Vietnam vet and another Korea vet, a career military helicopter pilot.  Most of the WWII vets have passed on and now these guys are close behind them. Take the time to listen to their stories, whenever you get the chance :)