Yes, I'm back finally. Ten (12 hour) shifts in fourteen days -- remind me not to do that again!  School started back Monday and for now I'm back to me regular sporadic work schedule and plenty of sewing time.  I started out by spending all day yesterday camped in front of the TV, catching up on the DVR and putting together CiL tops.  I got the second Sun&Sea top together and three Patriotic Stars tops.  There were leftovers of both that, along with the lattice leftovers, will hopefully soon be combined into a few more tops. 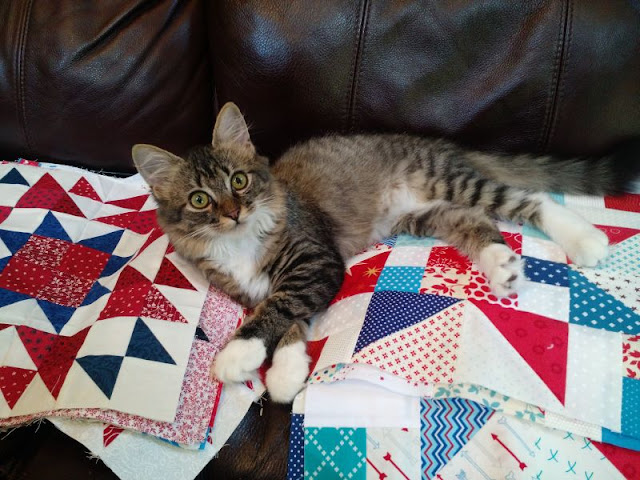 Of course I had the dream team to help me arrange and sew blocks.  Rey is approaching 4 months old and continues to be the prettiest, sweetest, most purr-filled kitten around. She has not yet met a human-food she didn't like. When she gets big enough to jump on the counters we are going to be in trouble... 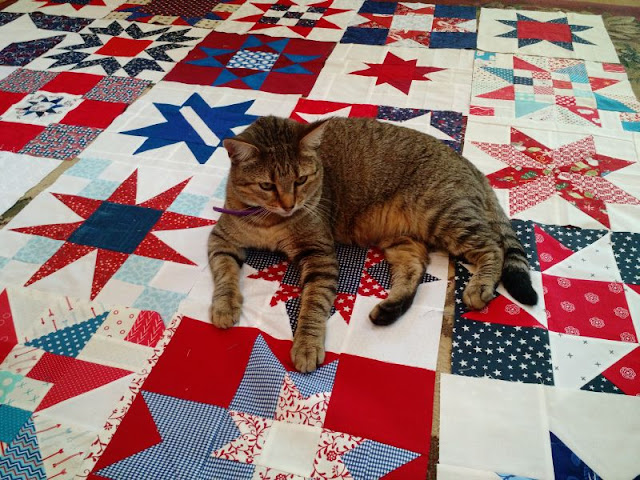 Rory has warmed up to Rey considerably but I wouldn't call them friends yet.  I think having then kitten around has been good for her, though, and helped to loosen her up.  They enjoy many spirited games of chase, and just when Rory thinks its safe to fall asleep Rey will come leaping off of some piece of furniture right into the middle of her. 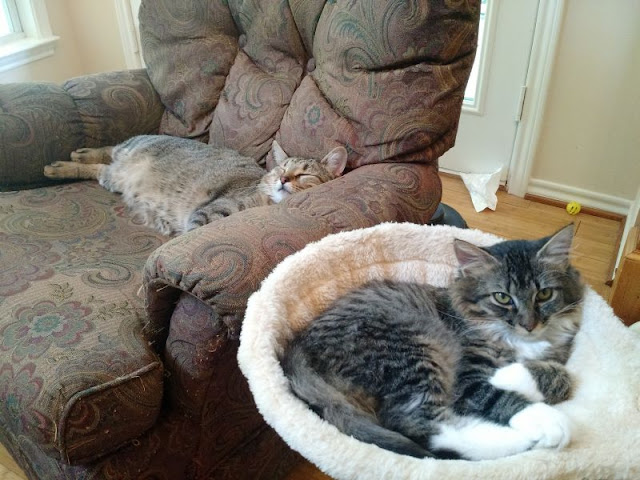 A momentary cease-fire and mutual nap time, and a chance for me to use the "design floor" without them rearranging things. 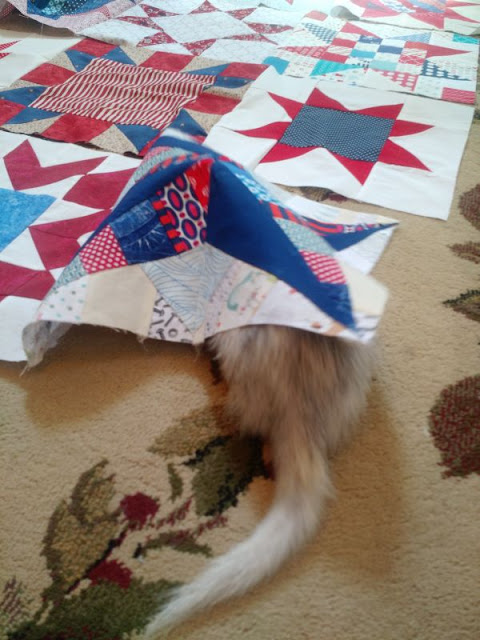 In the mid afternoon the cats went up for a bit so the ferrets could get out.  The cats are a mild hindrance to arranging blocks and sewing... with the ferrets I might as well give it up until they're put back in their cage. (Believe it or not, the reason we have to separate the cats and ferrets is because the ferrets would attack the cats, not the other way around.  A full size cat is really bigger than they could handle, not that they realize that, but Rey is right in prime ferret-prey size range.  So until she gets full grown, never the two shall meet.) 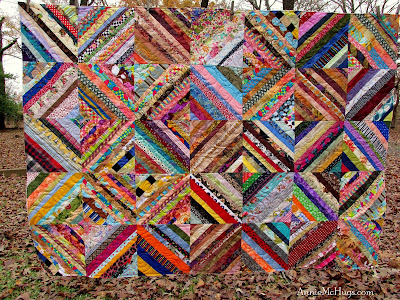 I know the end of the month is when I normally announce the next CiL block drive, but we're actually going to be taking September off. I need a month to dig myself out from under all the blocks you guys have been faithfully sending in!  My summer travels put me a bit behind.  I will tell you that October's block is going to be a reprisal of last October's popular scrappy strings block, if you want to get a jump on them.
Posted by Kat at 1:04 PM