This and That Scraps

There's been lots of activity on my design wall lately.  My body celebrated my return to Texas in right fashion by developing a cold, so I haven't felt up for the hours-long process of basting and quilting tops.  Instead I sewed a few little things, arranged and rearranged the design wall, and put together backings for various tops for when I do feel up to it again (thanks you to Louise, Gail, Nancy, Amanda, and others of you who have generously contributed backing fabrics!) 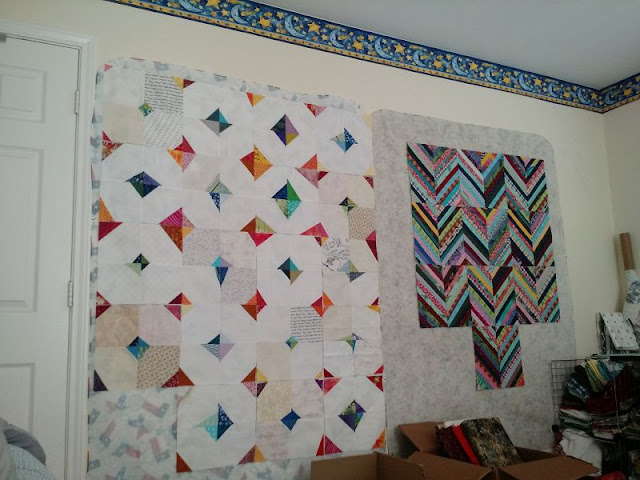 I put up some of the hot and cold corner blocks to just see how they look and it's even better than I hoped! These won't be sewn together until the last of the stragglers are here. (By the way, if you're looking for the January block drive for CiL it's HERE). I also sewed up several more string herringbone blocks from my 1.5" strings. 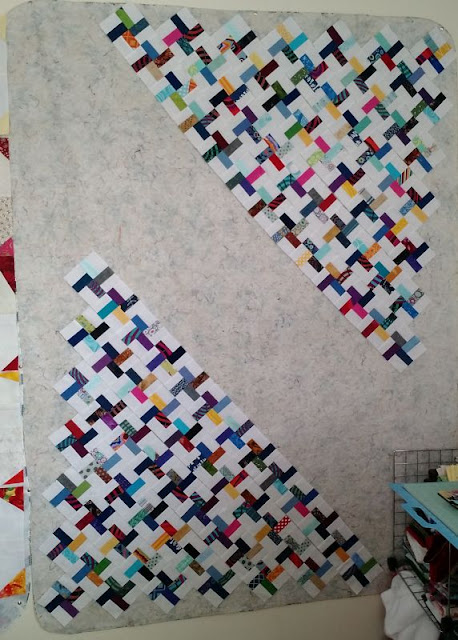 I'm actually running out of the string scraps I'd cut (don't worry, there's more! I just haven't trimmed them yet), so I switched to another old scrap project, these small pinwheels.  I started sewing the fourpatches into chains and putting them on the wall. I'm trying to avoid doing math as much as possible by just building it in place. 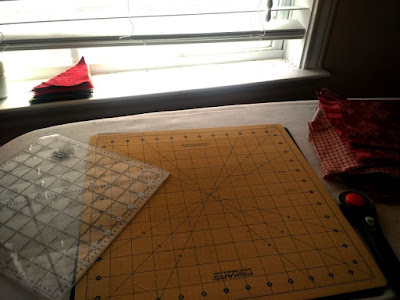 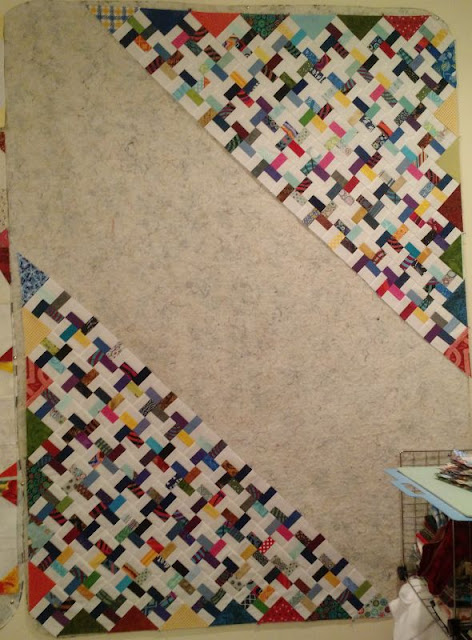 I sewed up the corners as they are so far with the setting triangles in place.   It's a crappy night-time picture, but what do you think?  I'm a fan of the colored triangles for the edge.  Of course my quilting supervisors have been hard are work.  They're trying not to let on too much, but I think they missed me, too! 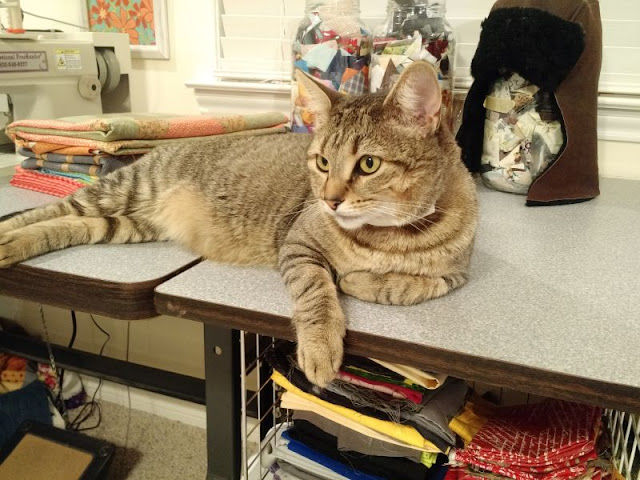 By the way, don't miss the 2016 Year in Review post about Covered in Love.

Linking to Oh Scrap! and Design Wall Monday.
Posted by Kat at 6:35 PM