Rory, as in Rorschach

Rory is a kitten of mystery and intrigue. So who is this tabby girl who moved in so quickly after Wilson's disappearance? Where did she come from?  I thought you might like to know :) 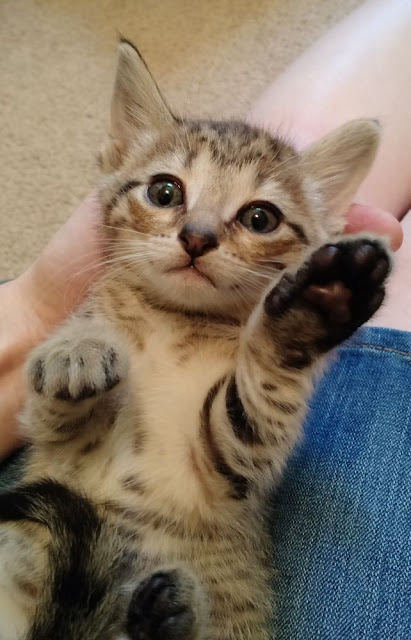 Rory's story begins before I lost Wilson. Boyfriend's mom is a cat lady and feeds a dozen or so feral cats at her house in the city. Back in May we noticed a young and very pregnant tabby start hanging around. Any then one day, she wasn't pregnant anymore, uh-oh!

As most of you in the US have probably heard, Texas had unseasonal, monsoon-like rains this spring and mama-cat chose to have her kittens under some bushes with precious little protection from the elements. Also, she was on the neighbor's property, and we weren't how friendly he feels toward the cat colony next door. 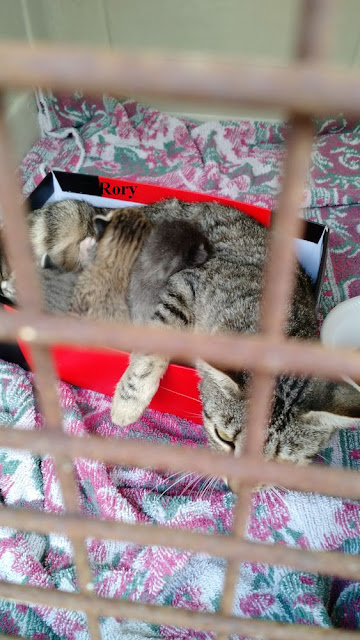 So.  I asked around and my boss at the hospital said she would take mama-cat and her kittens (until we trapped them we didn't know how many there were) for barn cats at her place in the country. When they were 6 days old boyfriend and I trapped mama-cat, gathered up her 4 little fuzz balls and loaded them into the back of my car.   This was the day Wilson went missing, but I didn't know that yet. 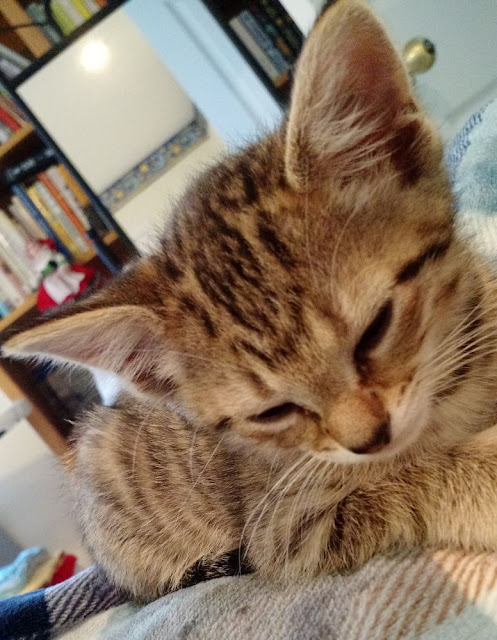 As soon as we knew Wilson was missing I knew I wanted to get one of those babies.  I waited 5 long weeks, visiting a few times to play with the kittens, until they were 6 weeks old.  Rory is the prettiest of the litter hands down, but I was a little worried about her being timid and skiddish. 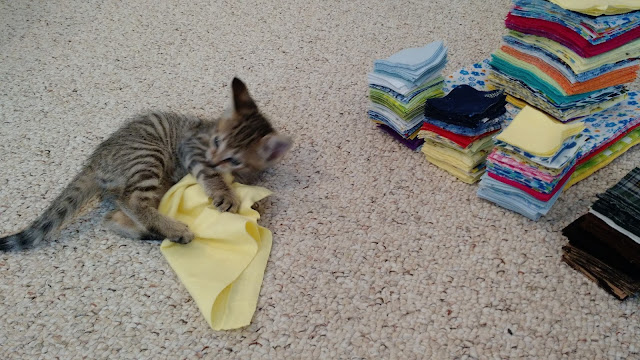 Well, I needn't have worried! Even since she got settled in she has been the queen of the household. 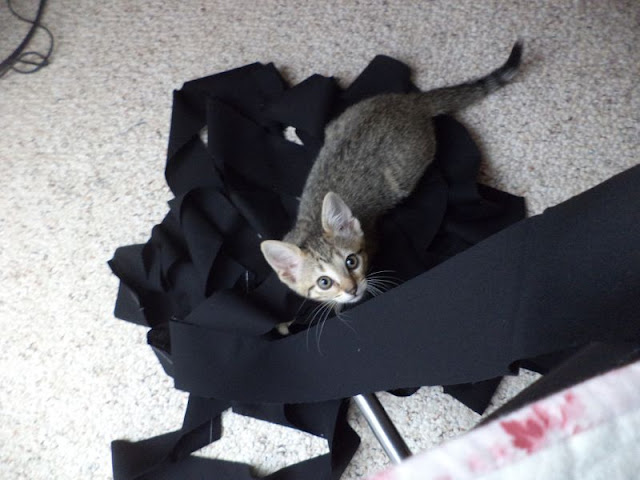 She is definitely a mama's girls; she's a people cat. She hates to be left alone and will meow pitifully if we close her in a room. She sleeps under the covers on the bed at night and she thinks I hung the moon. 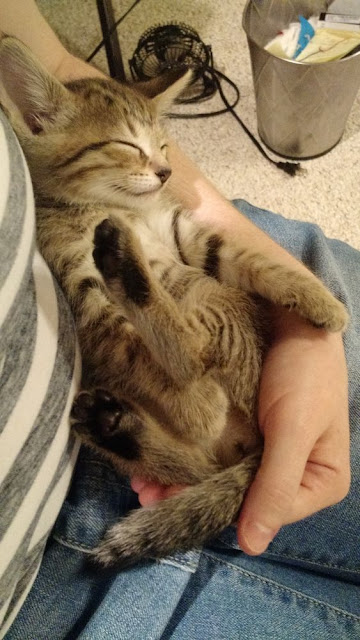 It's good medicine for me when I'm missing my Wilson.

Yesterday Rory turned 10 weeks old. We are in the midst of potty training ;)  If it works I'll be sure to let you know!

PS- Mama-cat and Rory's 3 siblings are doing great.  They have gone from "barn cats" to inside/outside garage cats with a cat door and everything.  The kittens don't know the meaning of hunger and mama-cat is warming up to people. She thinks the whole food and shelter thing is pretty swell.
Posted by Kat at 6:51 PM